Did you get to sample the 2016 Galway Food Festival? Despite the plummeting temperatures and showers of rain, there was enough culinary excitement to heat a polar bear last weekend. We were serving our hot roast rolls at the Spanish Arch Food Village and even Roz Purcell couldn’t resist the tantalising tastes and smells from our stand. She was looking amazing as always and was in great spirits as the model turned author was in Galway to promote her book – Natural Born Feeder.

The Food Festival came hot on the heels of Galway City being announced as one of two European Regions of Grastronomy in 2018. Travel writer with the Irish Independent Pól O’Chonghaile also mentioned our city in an article in today’s online edition.

It comes at a choice time for a flourishing food scene.

Galway is well-known for its buzzy pubs and eateries, but in recent years the city has upped its game significantly, gaining two Michelin Star restaurants (Loam and Aniar) and the Galway Food Festival, which takes place this weekend (March 24-28).

We love this short film from the Spanish Arch area by Hugh Sweeney. It really captures the atmosphere. Click on the link below to view it.

A few handheld slo-mo shots whilst down at the Galway Food Festival earlier.

In-house at The Skeff Kitchen we were over-subscribed for our free cookery demos and we focused on great local produce for easy-to-make home dishes. While we weren’t serving alcohol on Good Friday there was lots of great food and our most cherished tipple, a cup of tea of course!

We decided to collaborate with the Into The West Blogger Network throughout the Food Festival and we invited a number of bloggers to come along and sample our menu and attend our free cookery demos. A big thanks to the bloggers who sampled the taste of Homemade @ The Skeff, we loved reading your blog posts.

We kicked off the first of our three cookery demos with breakfast baking ideas. Baking is so popular right now and I don’t think anything beats the smells of home-baked bread from the oven. Our Food Manager Ashling Dudley was on hand to talk and indeed walk us through her favourite bakes.

Laura founder of Dairy Free Kids came along for breakfast with her two sons and found that the allergen code on the menu and the range of alternatives for dairy for her boys made it an enjoyable and stress free experience. Read her review here. 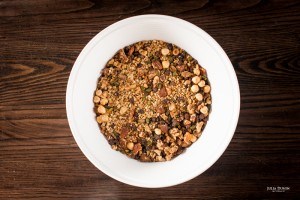 There was standing room only for this cookery demo. Ashling once again tempting us with her culinary tips and tricks. This time she showed us how to create:

This is exactly what we provided and blogger The Beauty Kemple can testify to this! Read her full foodie blog post here. 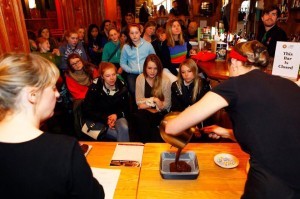 Ashling still going strong for our final demo helped us cook up a wok storm. Here she demo’d:

We were delighted to read Amie’s blog post and to re-connect her with our great atmosphere and friendly service. Read the full blog post here.

The Skeff Late Bar has long been a regular place that I have gone in for lunch as it is so central, the food is good and since it is such a large venue we can normally find a seat! It certainly is called Galway’s Meeting Place for a reason.The bar itself is established since the 1850’s and I still think as warmly now of the place as I did 10 years ago.

Want to keep up to date with events @ The Skeff simplY email us to info@theskeff.ie and we WILL keep you updated!

29-year old Melissa Mills originally from London but living and working in Galway for the past three years will appear on Channel 4’s Countdown game-show on May 20th.

The Skeffington Arms Hotel receptionist admits to being a nerd and before travelling to Manchester to film the show, actually read the dictionary!

“In preparation for the show I began reading the dictionary, writing down words I didn’t know and then putting them into sentences. Growing up I loved reading and watching Countdown while my friends were outside playing. I guess it has paid off,” quips Melissa.

In her audition to get on the show Melissa says she did pretty well.

“I completed five word games and got either seven or eight-word answers out of a possible nine, while I successfully completed one numbers round but got one wrong. However, I did enough to impress the producer and I secured my place on the famous show.”

Asked how it felt to realise a childhood dream Melissa says it is all a bit surreal. “It hasn’t sunk in yet. I guess when it’s aired it might feel real then. I’m so excited to see the show and watch it with friends and family. It was brilliant to get to meet Suzy Dent, Nick Hewer and Rachel Riley. They were very friendly.”

Come in and support Melissa in The Skeff Late Bar at 3.10pm on May 20th to watch her Countdown episode on Channel 4.

You might have witnessed a tribe of bloggers trekking through Galway City centre in heels recently and wondered what treasure they were hunting? Well we can reveal that it was in fact the Into The West Blogger Network (ITWBN) bloggers seeking out catwalk fashion in the city of the Tribes.

The Galway Fashion Trail is a joint initiative by Galway Now as part of Galway Fashion Week and the ITWBN founders. The bloggers visited eight local boutiques with each outlet hosting a fashion show featuring one Galway-based designer. Catwalk Models manned the runways and the make-up was by Inglot Galway. The bloggers began their morning in Colm Quinn BMW and got red carpet treatment and transport into the city.

So eight Boutiques and one car showroom later the tired but enthused bloggers arrived in Bar 6 at The Skeff Late Bar & Kitchen. We were delighted to host the bloggers who were ready to rest up from their heels at 6pm. We treated them to cocktails and canapés and it seems they went down a treat. 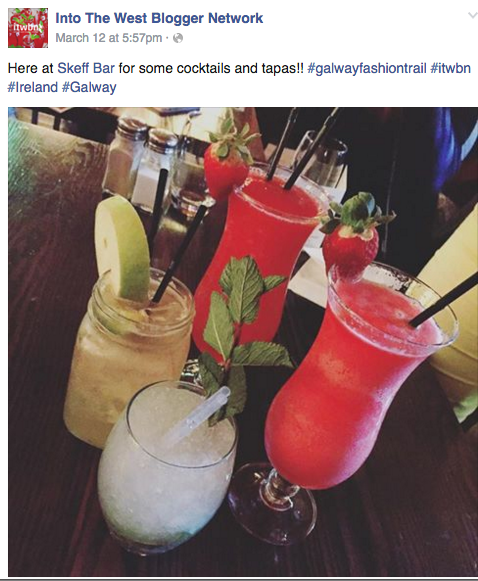 Well done to Eliza who looked after the bloggers so well, we received super feedback on her customer service skills.

In this blog post we decided to curate the blog posts from the bloggers who love to combine their passion for all things fashion, beauty and lifestyle.

Bloggers Blog Their Highlights From The 2016 Galway Fashion Trail

LoveJoules wrote a super blog post with great photos and you can read it here.

Laura Fox of A 21st Century Fox blog revels in the fashion in her native Galway, read her blog post here.

You can sense Jenny’s excitement in her blog post on Style Sanctuary.

Amanda from The Chatterbox Diaries gives us an insight into the fashion banter at the Galway Fashion Trail.

Super photos from Florasesque on her Fashion Trail blog round-up.

Well done to everyone at ITWBN, a blogging job very well done!

We’ve been feeding locals and visitors alike for 166 years at The Skeff Late Bar & Kitchen in Eyre Square so we are well placed to celebrate 100 years of Irish food as part of this year’s Galway Food Festival.

“We’ve always promoted local suppliers and homegrown businesses and we’ve taken this to a new culinary level for the 2016 Galway Food Festival as well as on our Skeff Kitchen menus. We’ve seen palates change over the years but right now customers are demanding simplicity. I don’t mean simplicity of taste, I mean showcasing the untouched produce that we source from the sea, the land and local farms.”

Homemade @ The Skeff will be showcased during this year’s Galway Food Festival, so take a wander down to the Spanish Arch food festival village to meet our Skeff Kitchen team.

We will be serving our homemade chutneys and freshly cooked rolls to complement roast meats such as Colleran’s gammon which The Skeff chefs will be finishing with a delicious homemade glaze. There are also some great prizes on offer with The Skeff golden ticket giveaway.

Meanwhile, in-house at The Skeff Kitchen customers will be treated to three free cookery demos on Friday 25 March: breakfast baking at 11am, hot wok ideas at 12.30pm and chocolate heaven at 2.30pm. No booking necessary, just call in.

On Sunday 27 March an exclusive whiskey talk and tasting event takes place in the new Skeff Whiskey Bar from 6.30-8.00pm for €25 per person with just 20 tickets available. Email info@theskeff.ie now to book or call 091 563 173. Can you handle the taste?

These cookies provide functionality that makes using our service more convenient and makes providing more personalised features possible. For example, they might remember your name and e-mail in comment forms so you don’t have to re-enter this information next time when commenting.

Analytical cookies are used to understand how visitors interact with the website. These cookies help provide information on metrics the number of visitors, bounce rate, traffic source, etc.

Advertisement cookies are used to provide visitors with relevant ads and marketing campaigns. These cookies track visitors across websites and collect information to provide customized ads.